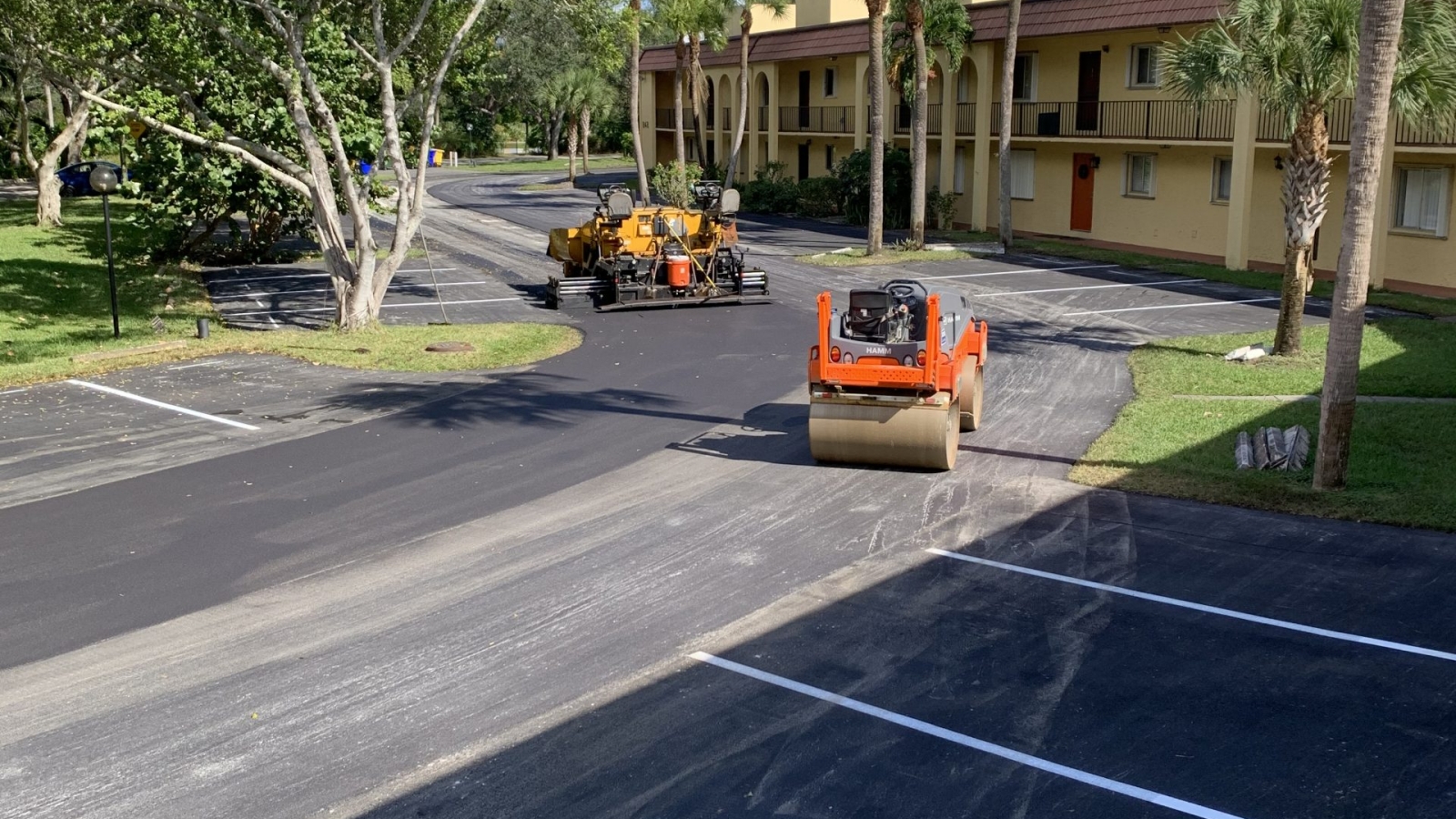 Contingent on the amount of cracking, disintegrating or lower areas, those areas can be cut out or patched and then a new layer of asphalt can be paved. An asphalt overlay process should not be done on a driveway or parking lot that is relentlessly fractured, disintegrating, and curly or has plummeting, soft spots.

If the new layer of asphalt is laid on top of a really deteriorated asphalt, the new layer will follow the old asphalt cracks (deep cracking) and sprays in a very short period of time. 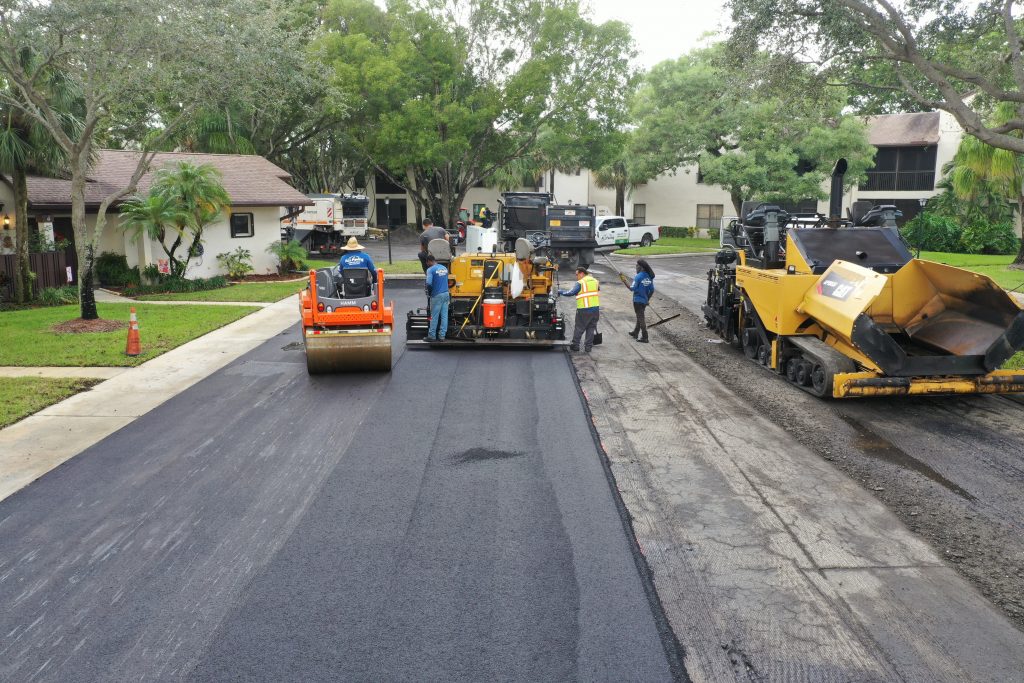 What is the first step of an Asphalt Overlay? It is called Tack Coat

Prior to doing an asphalt overlay, a tack coat primer should be applied to the surface where the asphalt will be laid. This is the “glue” that is used to adhere the new asphalt layer to the existing asphalt. Unfortunately, many contractors skip this step and thus they have less than acceptable results.

Thin asphalt overlays are popular approaches to pavement preservation because of their ability to provide improved ride quality, reducing pavement distresses, maintaining surface geometrics, reducing noise levels, reducing life cycle costs and providing long-lasting service. This article provides guidance on when to choose thin overlays, how to select materials and design the mixes, construction and quality control, and what type of performance benefits to expect.

There are 3 different phases of performance a pavement can evolve into after being constructed.

The right time to think about an asphalt overlay is when the condition of the asphalt is about to change from good to fair condition, that is, at the end of the first phase.

At this time, some aspects can be identified on the pavement surface such as small cracks, some compaction in the pavement structure but that can still withstand traffic for a while longer and that does not present problems due to poor drainage.

Materials for a Thin Asphalt Overlay

The materials used in the asphalt mix for a thin asphalt overlay process are quite the same as a conventional paving mixture, however there are some differences between the two because of the requirement to have smaller components. Learn more of the specifications on Federal Highway Administration.

The size of the project is very important when you want to calculate the average cost of an asphalt overlay. If it is a small area, the preparation work will be a large portion of the overall cost due the tools required for the service, that is why it may even be cheaper to remove and replace the asphalt. This type of service is recommended in parking lots or driveways, on this type of surface the asphalt overlay cost usually gets a better built area-price ratio.

Also, if the surface has cracks before the contractor begins to work, these cracks will reflect through the overlay process over time. Depending on the type of surrounding ground where the project is placed and the reflections will vary according to those types. It can take years or just a few months after the asphalt overlay process.

Depending on your project’s paving contractor, they may offer a patching service over damaged asphalt in order to retard reflective cracking, yet the effects of freezing and thawing will often cause those cracks to appear with the weather.

Whereas, an asphalt overlay process has a 10-15 year life, it is shorter than the removal and replacement process that has a range between 15-20, but, it is important to say that, again, it varies depending on the soil type and the weather conditions.