What is a Catch Basin?

Catch basins are key elements for civil engineering projects. They are an important part of a drainage system that is composed basically of a collection container that is installed in the lowest points of properties or a project zone. On the surface, they have a grid (which could be made by several types of materials) through which the stormwater flows from parking lots, streets, driveways, or parks which then is collected and transported to drains through an underground pipe plumbing system.

These storm drain systems are heavily used in areas that have frequent flood warnings. They have reservoir deposits that are really useful because they are in charge of catching several types of debris or different solid objects that may enter along with the water flow through the grid reaching non-obstacle drainage in the underground pipes. Then, the water flows through the pipes and reaches effluent streams.

Usually, concrete catch basins are used to prevent stagnant water accumulation or the appearance of flash floods on roads, parking lots, or driveways. In public works, it is common to use tougher materials such as pavement or concrete for both basins and water entrance, due to the efficiency of the pavement structure performance.

It is necessary to use a catch basin in a property drain system. If not, there could be constant problems of stagnant waters on the surface area and flooding which may lead to health issues such as mosquito accumulation, bringing different types of illnesses. Moreover, it can cause pavement deterioration in parking areas. Furthermore, these types of problems could cause a pedestrian or a car accident due to asphalt moisture.

Every catch basin must be built in a way that allows them to move large amounts of water at high speeds. Based on the above, the number of basins needed depends on several aspects according to the builder's concept such as the peak flow rate of stormwater, the slope of the area where the installation is made, and the average amount of heavy rain that falls on the area.

Having these conditions in mind, it is possible to determine an estimated amount of water that must be transported by the water drains and according to that, experts determine the optimal number of basins the project needs.

Procurement, How to Install, Construct a Catch Basin?

To carry out the installation, it is recommended to hire an expert due to the necessary use of heavy and specialized machinery such as cranes and excavators, which have to be operated by an expert in order to reach the objectives and keep a safe working environment.

Furthermore, some requirements and specifications must be accomplished in the construction itself according to the area or the region where the project will take place.

After that and having an idea of how many catch basins are needed, here are some recommendations in order to make the process smoother: 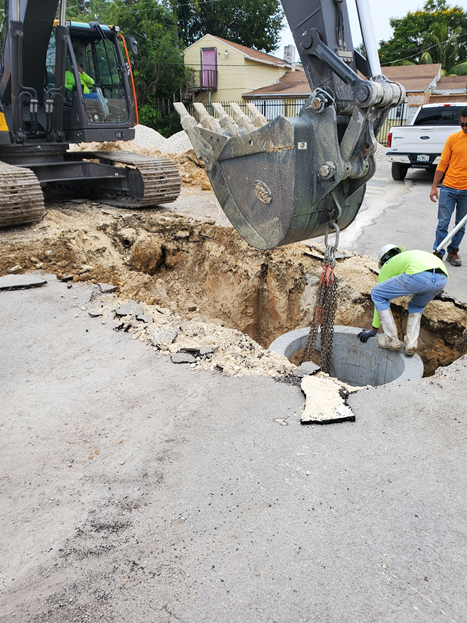 How to Maintain It?

In addition to what is described in the section "What is a catch basin" about the problems that object stagnation can bring, some other issues may arise such as erosion in surrounding areas or pavement wearing to an extent that can make the catch basin obsolete. That way, it's necessary to establish a cleaning routine by hand or with deposit transportation.

Strong climate changes are another reason why catch basins deteriorate. Because nearby pavement may start cracking, it is recommended to use quality materials from the beginning in order to avoid recurrent asphalt maintenance, obtaining significant savings in the long term.

It's also recommended to always check the catch basin after a strong storm, because it may have objects obstructing it and it is necessary to remove them as quickly as possible before they begin to flood the area, increasing the possibility of an accident to both pedestrians and cars that are moving through the place.

Finally, if you begin to notice that the catch basin is deteriorating and does not fulfill its function, it is necessary to contact a concrete contractor specializing in this type of job. It is important to mention that people could do this on their own, but it could be risky and will likely carry to high costs, this is not simple plumbing work. Hence, the recommendation is to contact experts in catch basin maintenance to make the replacements and maintenance of the catch basins as well as the drain pipes.

People usually get confused about these two terms and think they are the same thing or work for the same objective but this is not true. Each of them has a different function and they complement each other, but using one instead of the other is not correct.

Catch basins are used on a superficial level, adding to it a complex pipe system where the water will flow through to large water ponds. Catch basins help with natural disaster consequences, such as flood waters.

The french drain is an underground complement. This water system collects the underground water that may filter through the concrete surface or the water that flows from the bottom to the top due the precipitation, then it leads the liquid through the drainage pipes to the water ponds. 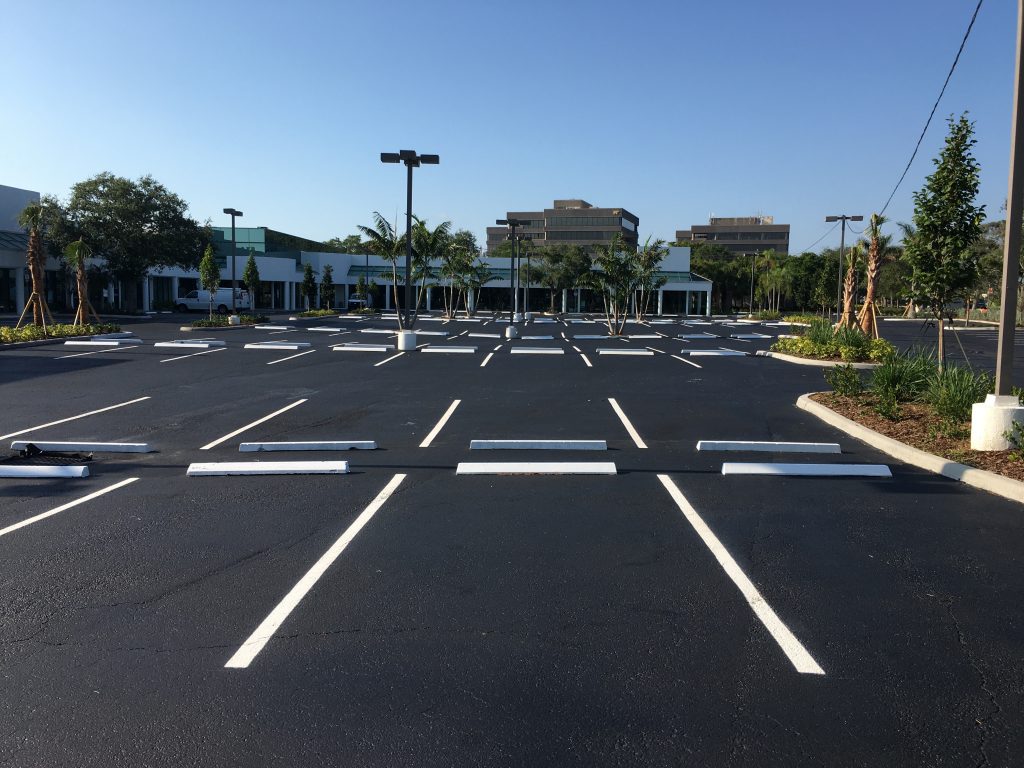 Recommendations and Tips for Striping Removal

One of the most important things to keep your parking lot safe and at the same time make it more appealing, is to make sure proper pavement markings are applied. […]

In the United States it is vital to have traffic calming measures on every property in order to avoid traffic accidents, and this can be accomplished by reducing the vehicle […]