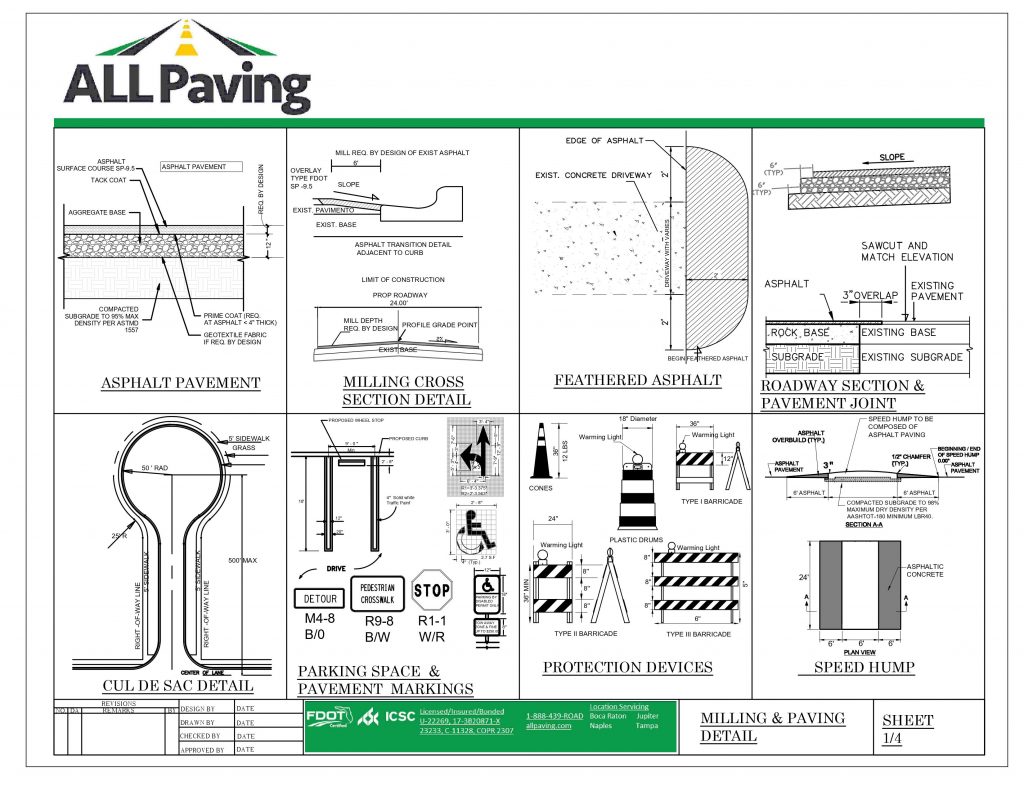 A recent 3-part article was just published by the National Asphalt Pavement Association (NAPA) in HMAT magazine detailing the past, present, and future of statistical analysis for asphalt specifications. The article itself is extremely well-written by two PhDs who examine both the strengths and weaknesses of the content and try to draw relative conclusions based on mounds of statistical data.

The conclusion of the two authors is rather inconclusive. That is to say, that pavement life-cycle predictability, while supported by numerous formulas, is not that predictable. In a study conducted by the Ontario Ministry of Transportation, these formulas were tested against roadways in Ontario and Wisconsin and the results were pretty surprising.

Almost sixty percent of the time, pavement that was predicted to show cracking did not show any signs (false positives). Just as disturbing, almost thirty percent of the time, pavement that was not predicted to show any cracking, displayed some damage (false negatives.) The correlation between predicted and actual results was so low, that the authors of the paper supposed that if the study had been done by a for-profit company, payment could have been justifiably withheld.

How can weather conditions have an impact on pavement life cycle?

The issue is not necessarily with the methodology of the formulas, so much as where they’re generated and the variability of some of the elements. That’s because one of the major factors of these formulas is the weather. The two formulas used to determine the life cycle of pavement are for Fatigue (structural failure) and Rutting (cracking).

The Fatigue formula uses the component of Air Void Content, which is a measurement of the size and number of air voids in the pavement. Some of these voids are necessary and are a result of the mixing process. They help protect against the effects of thawing/freezing. But too many of these air voids, large ones, or even worse, water voids, can be extremely destructive and are highly reactive to weather changes.

The Rutting formula incorporates the air void content variable, as well, but also works the average temperature into the mix. The effect that temperature has on the derivation of the formula, however, is very region-specific. The Federal Highway Administration which conducts the specificity testing for asphalt and concrete currently has three facilities that they use to determine qualifications for their materials, one each in Pennsylvania (Penn State Test Track), Minnesota (The Minnesota Road Project), and Nevada (The WesTrack Facility).

The problem with these three facilities is not in their quality, methodologies, or employees, but the variability of their temperatures and humidity, two VERY important factors in the life-cycle of pavement. In order to know more specifications about pavement characteristics, look out for information in Gurukul of Engineering.

Asphalt is always the best choice.

On the other hand, although the asphalt may present failures and its behavior is difficult to predict due to weather conditions, it is still the best option when it comes to transportation  projects.

The above is due to this structure's advantages which does not need to be completely rebuilt at any time if it is well maintained, allowing the asphalt roads to last indefinitely. Thus, it is possible to significantly reduce the life cycle cost of the pavement. According to the Asphalt Pavement Alliance (APA), new asphalt pavement can be preserved in good conditions for 18 years on average without maintenance.

By performing occasional maintenance, it's possible to save on materials and money through the correct application of recommended solutions such as the use of thinlays to increase and maintain the quality of the asphalt pavement.

Finally, the choice of asphalt allows for smoother roads, which translates into a reduction in maintenance costs for road owners. According to the National Asphalt Pavement Association (NAPA), a 25% increase in pavement smoothness can lead to a 9% increase in its useful life, highlighting the advantages of asphalt roads. 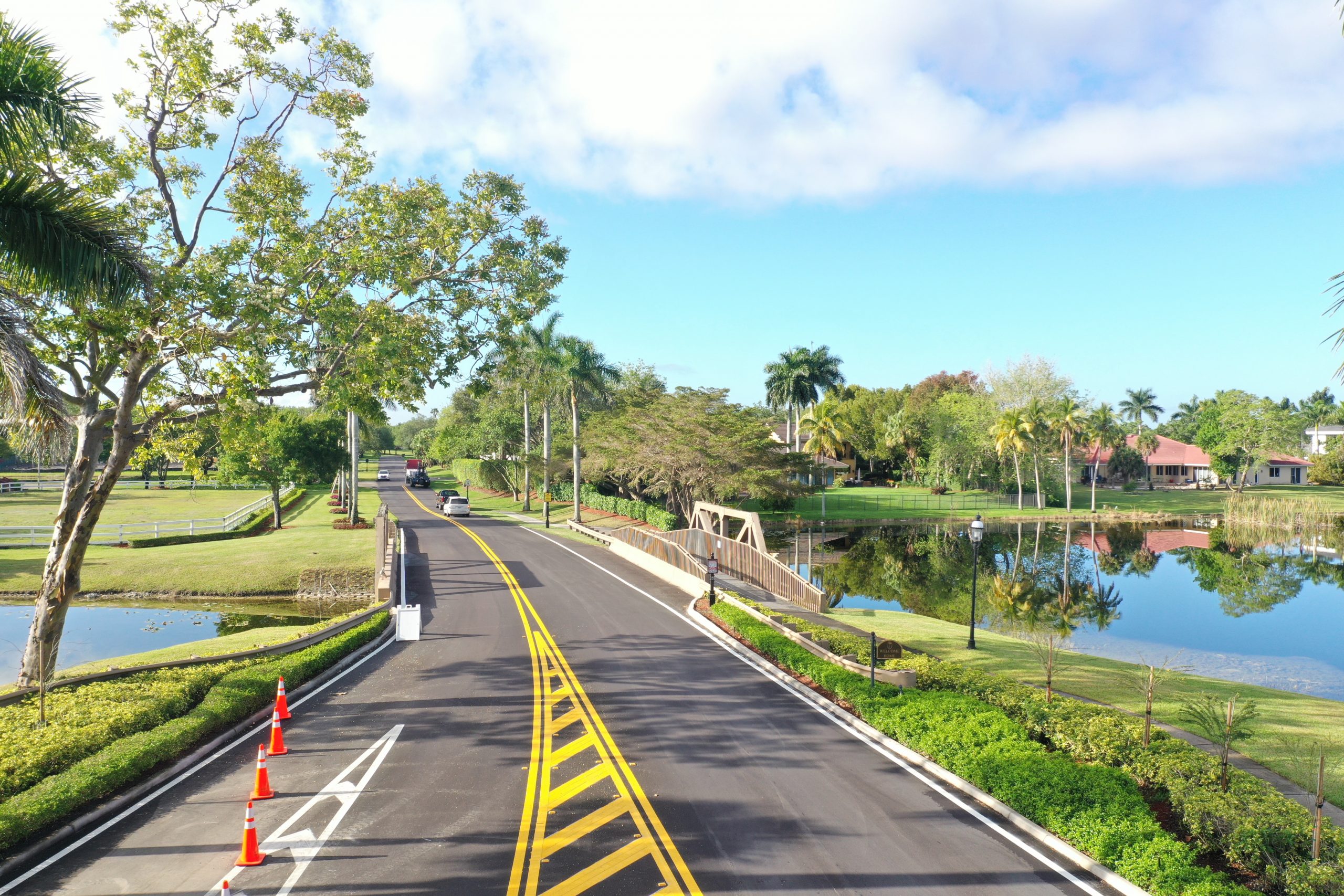 What is a Catch Basin?Catch basins are key elements for civil engineering projects. They are an important part of a drainage system that is composed basically of a collection container … 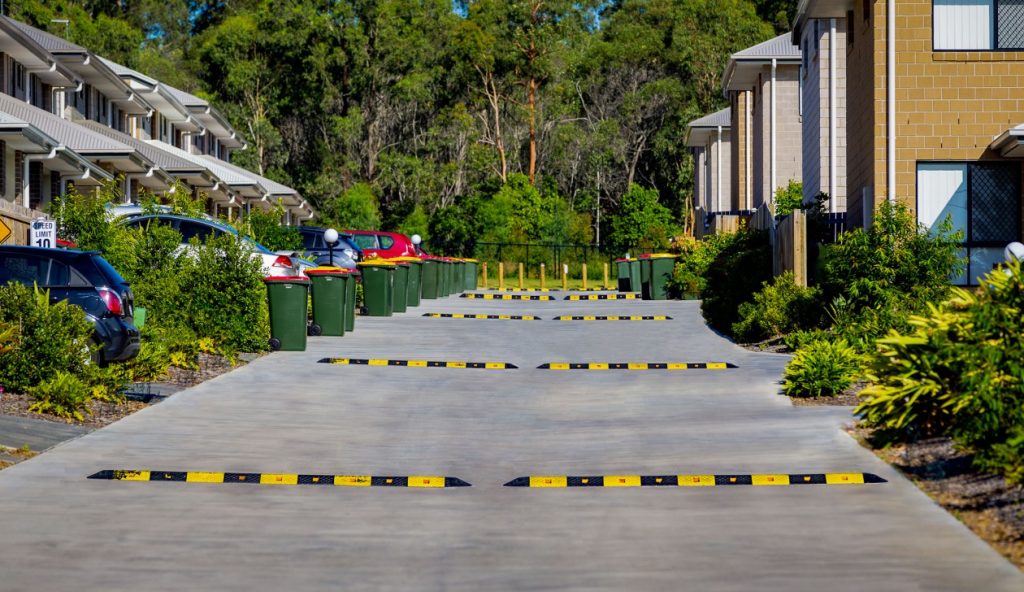 In the United States it is vital to have traffic calming measures on every property in order to avoid traffic accidents, and this can be accomplished by reducing the vehicle […]